But we’ll get to that shortly.

I caved in today and bought one of those evil-looking strap contraptions for my throbbing thumb. C’mon, thumb! I have a LOT of work to do and I can’t be parking my pen every five minutes! 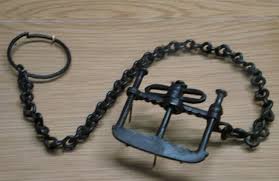 But mine is  more up-market (I’ll say! At $40 it;s very UP market!) but hardly a fashion statement.

Let’s start with the colour…a delicate, woodland mushroom shade, with straps in a toning taupe. Bull’s wool! It’s a hideous post-war beige. And it’s going to show every coffee drip, every wine slop, every squished mosquito…

And if any of you have ever been squeezed into a corset, either for medical or couture reasons (all you kinky people can leave now, please!) you’ll know what I mean by boning strips. 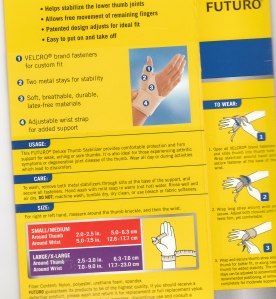 Yes, it’s a tad bulky. Yes, it sticks out like a sore thumb. But I’m hoping it will do the trick.

Heard on the news that J.D. Salinger has made his final exit.

91 years. And so many of them shut away. Seems a sad waste to me.

Bet there’ll be a Hollywood scramble for movie rights (which he would never grant).

Hollywood. Tinsel Town. Dream Maker. Heart Breaker. Sink of iniquity. It’s been called all those and many names besides.

How many of my peers had posters on their bedroom walls? How many had secret dreams of becoming a film star? How many dreamed of meeting their idols?

Well, I’ll share a couple of stories with you, since the people involved are no longer with us. Myself excepted of course. What! you think this is spirit writing?

When I was quite young* I thought Gregory Peck was the dishiest. Loved every movie he made, devoured all the interviews I could find. Decided he had a brain as well as looks, not to mention bucketloads of charm. I thought I would love to meet him. 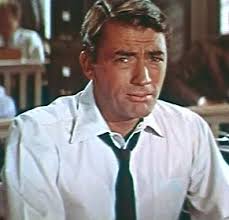 What happened to the dream?

I grew up of course. Still admired the man, loved his films. But never entertained any ideas of running away to Hollywood.

Instead, I went to London. Had a brief affair with the theatre. Wrote some excruciatingly awful poems. Worked some pretty ordinary jobs.

And it was as I was going to one of my night jobs (I thought I told all you kinky people to leave!), in a snowstorm….I was shaking snow from my collar and stamping my boots when a tall, smiling gentleman held the door open for me. I thanked him and he made some pleasant remark about my being lucky to be going in, not out. Silly, doorway banter. Then he turned up his collar and left.

Liz, my friend on the night desk, said, jaw somewhere near the floor,”Do you know him?” I didn’t catch her drift. “That was Gregory Peck!”

Before I went to London…I earned some extra pennies in a telephone exchange (all you kiddies who don’t know what I’m talking about can go away and ask yer Granny!)

One of the girls I worked with had a crush? fixation? on a chap called Rock Hudson…hang on while I find a picture 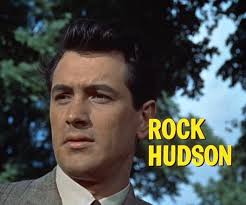 She had planned her trip to Europe, with a stop in Los Angeles. And she was determined to meet Rock Hudson. A pretty girl, with loads of personality and dance floor pizzazz, she figured she could get herself invited to a party. Or several.

Seems she had, indeed, wangled an invitation to a party, hoping to meet Rock. Yes, Rock was there. Sporting an ear ring. (“Jesus! He was wearing a bloody ear ring!” )

That was not the worst of it…before S. even managed to talk to her idol, a very effeminate young boy slinked in and made straight for Rock. Who welcomed him with the  sort of embrace that Doris Day is probably familiar with.

* young , as in, too young for boyfriends.

15 thoughts on “WHO WAS THAT HANDSOME STRANGER?”