Well, admittedly, I’m very much safer than Samuel P. was in London, in 1666, when fire tore across that city.
When the fire storms raced across Australia’s southern parts I was some 2,000 kms from the closest threats.
But we have friends who live in southern NSW, Canberra, Victoria and the Blue Mountains. And I have to say, for the first time ever, that my best link for news was via a Facebook friend. Yes, of course all the TV stations had film crews out there…with super-long lenses and fast getaway transport. And probably a couple of sarnies and a bottle of water!
But I got accurate and up to date information from a book-making buddy, http://rhondaayliffe.blogspot.com/

In other news, I have shingles! But I now have some lovely drugs that take the edge off the pain.Yes, pain. Specifically, nerve pain, especially in upper midriff, lower abdomen and legs.
The lovely drugs also make me feel as if I’ve partied too hard and too long (I wish!) and need to sleep it off.

So I’ll leave you with this little gem, which surfaced when we had a MASSIVE, MONSTER, FAMILY SIZE de-cluttering. Still a lot to do, but we’ll put that on hold as last night’s rain has washed some more sand down to block the storm drain and overflow onto our place… have I mentioned that I hate developers who manage to get Council approval and then blatantly ignore regulations?

Here is the gem. Who else think this toad looks rather like one of Tove Jansson’s Moomin

With luck and the lovely drugs…I may be back to speed soon.

But, if you wish hard enough…

So far, it’s all good, but I’m prepared to lay a sizable chunk of the housekeeping money on some folks in town looking nervously at the puddles!

And already there are roads underwater  and rivers over roads in some inland areas. And you should see the happy grins out there! 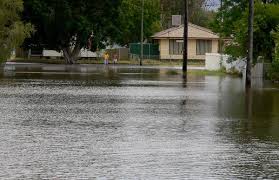 Of course, had that cyclone crossed a more populated stretch of the coastline there’d have been much worse damage.

Imagine, say, parts of Oklahoma battling raging fires while Florida battens down for a cyclone (I think they say “hurricane”).

Now imagine the cyclone crossing the coast, weakening to a severe rain depression and heading towards Oklahoma. That rain would be OK in OK.

But spare a thought for the southern part of West Australia which is ablaze.

And now, a little self-survey. Your responses will not be shared with marketing companies, but I would like you to answer honestly.

during the Christmas break did you:

a   eat as you usually do

d   prepare all meals yourself

e   eat whatever anyone else prepared

And , since I’m sticking it to you, I’ll tell you my answers!

And the tragic thing is that it was all such good food. None of that burger trash, no TV dinners-on-a-foil-tray, nothing so full of additives I’d need Ritalin*.

Hell! I even cooked some meals! That’s “cooked” as in not raw. In this climate we pretty much live on salads, but I did serve a couple of “hot” dishes. I even made that gnocchi that Marie swears is as easy as it is delicious. I’ll go along with the delicious, but easy…we..e.ell, not so much! I think the heat and humidity were its undoing; the gnocchi just wouldn’t hold their shape, despite having been locked in the fridge for a couple of hours.  I’ll make some adjustments and get back to you…

But I  was not chained to the stove, sweating into the gravy.  And, for the record, I haven’t made gravy for years! I did not eat cheesecake, ice cream, candy. No, I ate as I usually do. Just more often.

So how in the name of Escoffier did  my waistline disappear? 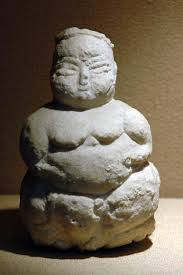 Back to the hamster wheel…

Do you ever get fed up with those seemingly endless reprises (as if that word is somehow better than repeats!) of television shows? Do you want to throttle the station managers? Scream at the programmers to give us something new? Or at least something WE want to see, not what some ratings-driven minion says is market-requested? Maybe air something new and give new writers some exposure.

I know I did. Often! Especially when I was one of those writers.

It’s been a long time since I paddled in the murky waters of script-writing and Hell will probably be a frosty place before I do so again. I still write the occasional article, but, on the whole, I’m happy enough with my other interests. All the same, I would like programmers to stop foisting the same old bimbo crap twaddle on us.

I’m not saying I want classic shows for 52 weeks of the year, but a small helping of some of my old favourites would be lovely. Oh! Could this please be arranged while the sports nuts are glued to the Beijing shenanigans!

Bring back “The Likely Lads.”

And what about a re-run of the very clever “Seeing Things”?

A Canadian flash of brilliance in the dark days.

And now that I’ve primed you lovely readers (ooh, yeah! I know how to lick boots!) here’s something that has been aired before, but never blogged.*

Jessie stood on the middle rail of the fence and waved, with both arms, to the engine driver. You had to be on the fence, ready, when the train passed as the track curved then, to go through the cutting, and the driver wouldn’t see you.

She started to count the wagons, but only got to fifteen when she saw it. A wisp of smoke!

Her sandals slapped on the path as she sped back to the house. In her hurry she ran too close to the holly bush, but hardly noticed the scratches.

“Fire in the cutting!” Tea cups rattled onto saucers, chairs scraped as the grown-ups rushed outside.

By now the wisp of smoke was a thick, white plume as the flames licked across the summer grass. If the fire got across the fence line it would reach the houses.

Jessie’s grandmother dragged the heavy cover from the well and lowered the first bucket. Uncle Vin and Tom, nearly sixteen, grabbed old potato sacks from the wash house. Granny soaked the sacks with the first bucket of water and the men ran down to the fence, jumped over and headed across the paddock, beating at the sparky grass.

Granny hooked a chain onto another bucket and lowered that, too, into the well. Jessie’s mother, dragging more sacks from the shed, called to Jessie to take her little brother next door to old Lucy Marples and to stay there. Lucy, who was minding her baby grandson, took Sam inside, then led Jessie to the old rain water tank at the botom of her garden. “Not much in this, but we’ll get a hose out for the men.”

Together, they dragged enough hose to reach from the tank to the fence. Lucy showed Jessie where one paling was loose and they prised it open and pushed the hose through. Tom, running back for more sacks, saw what they were doing and yelled: “Thanks!” They could hear the fire now and could see the angry, red line. Dry bracken and seed heads cracked and spat more sparks ahead of the flames.

“Better come away, girl.” Lucy took Jessie’s hand. More people were in the paddock now, all beating at the grass. Jessie could see ever-so-posh Dulcie Harrison, her long skirt tucked into her knickers, thrashing away at a gorse bush.

They reached the house just as Tata, Lucy’s son, arrived. “Sparks from the engine…” But Tata was already racing down to the fence.

Jessie and Sam stood on Lucy’s back porch and watched, frightened, but fascinated. It seemed like hours and still the greedy flames advanced, new patches catching and flaring up.

The thwap! thwap! of sacks. The crackle of sparks and flames. And the choking sounds when someone breathed in too much smoke.

And then, just like a tap being turned off, the wind dropped. Dead calm.

And the flames, like a bully outnumbered, made one last, defiant flash and subsided in a smouldering sulk.

I’m surrounded by frames and off-cuts of foamcore and non-Sporran paper scraps. I’ll probably need to use some of the frames for the coming exhibition. But the rest need to be put away. I am also surrounded by the not-yet-put-away laundry from yesterday. (Some of which probably should be ironed!) OH! It’s hard to get good help.

I was talking to a friend who couldn’t understand why a mere head cold had laid her out for a couple of days. I said it’s probably because she thinks she’s still 20 and can just work it off.

With all the other things on my plate, I was rather proud of myself for declining when asked to take part in a haiku exchange. A sort of round robin in verse. But the sensible neurons kicked in and said:”Don’t be daft! You’re overstretched already!”

Whoever said that with age comes wisdom just might have something there. Mind you, wisdom sometimes drags its feet!

And these feet are headed towards the sleeping chamber…

I’ll leave you with a haiku that didn’t make the exchange:

looks into the melted snow

and sees the moon’s face

*The copyright remains with me so if you’d like to use it, please ask.