I currently find myself in a position of pecuniary embarrassment. Actually, this is not new territory. But I thought perhaps I’d share some “wisdom of the elders” with you as you lurch into the biggest spend-up of the year. Or not.

Some folks like to go completely over the top with the celebrations and they spend days preparing enormous feasts with complicated recipes and run modern (expensive) appliances for hours.

When I was a mere slip of a girl, about halfway through the last century, modern appliances were limited to the centrifugal washing machine*,

(which most people still called a wireless), the vacuum cleaner and the refrigerator. 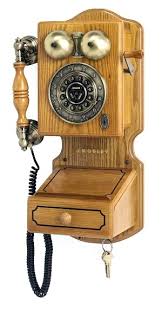 Few households had all of these luxuries. Some had none of them.

My grandmother had raised nine children without the benefit of any such devices. And she couldn’t see the point in shelling out  “good money for something I never had when I needed it.” 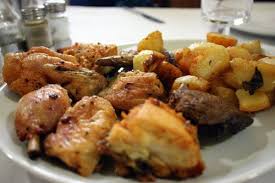 So she continued to cook gargantuan roasts in the wood-fired oven. Her custards were things to dream about. And her bedlinen was laundered in a big wooden tub and dried on a lavender hedge.

I remember the special trifles she made.

“Ordinary” ones had red jelly, but at Christmas she took it up a notch and jellies were red and green.

This was a part of the country where the mercury practically spilled out of thermometers. No problem for Granny! Her butter, cream and milk were kept cool in a big crock partially buried on the shady side of the wash house.

But that was not cool enough or big enough to set jellies.

shall I continue, or would you all like to wait for the next installment?

While you’re thinking about that, here’s something you may already know about. It’s been in several papers and I’ve heard it mentioned on  the telly, so it must be true!Next time you think something’s not worth recycling, remember this:

But to get back to Granny… there was a well in the back yard. Not one of those cute Jack-and-Jill affairs, with roses growing around the walls! Not even as grand as this:

It was simply a deep hole in the ground. Securely covered, of course, so no boisterous grandchildren could fall in and contaminate the water. Of course. And man! that water was cold!

Cold enough to set jellies. Yes, the jelly bowls were lowered on a platform (I think it was an old seed flat) and winched up when set. And if a storm knocked out a transmitter halfway through cooking? Not a problem!

*Apparently, this gem is for sale at a salvage place called Kuhles’. $150  and it’s yours!

…to kick me into action is something like some damn’ fine camera work. Especially if owls are featured. Andrea knows this and she sent me this clip.

Love the way those feet come up, the wings go back, the talons spread and the beak opens. Smooth as silk!

So…what else provides the motivation to hit the keyboard? Well, a few other things, but right now, things are a little crazy Chez Dinahmow so the post about setting jellies at Granny’s house will have to wait. *

I’ll be back soon…

*In writing/publishing speak that is known as a “hook.” So, are you hooked?