There! That’s done it! Fuss-pot grammarian has headed a post with text-speak!

Years ago, a certain Mr Burton ( not this one ;   the other one )  referred to the growing tendency of some journalists and other writers to “…slide into ‘telegramese’…”, his term for what he saw as a sloppiness of expression. I agreed with him, but I wish now I could have given him greater argument just to keep listening to that voice!

I’ve bemoaned the loss of  language in general and some words in particular, while  recognising that we must accept some change. Let’s call it “growth” since that’s what it really is. I just wish it was not so rapid. Words on steroids, maybe?

I just noticed that something has broken the web of the spider the cats  mentioned yesterday. I wonder if it will be replaced and, if so, how long that will take. I’d like to sit and watch, but I’m due to meet a friend in  half an hour. We’re going to have an up close and personal look at a travelling exhibition of  the CD Print Exchange, in which we both have work. It will be great to see every print “live” even though we have a CD of the images.

Many people in this sometimes crazy world of blogs meet each other, form lasting friendships, share more than cyber-words.

One of my first blog readers was the irrepressible Ziggi, who blogs from far-off (from me) England.

Ziggi and I may never meet (but we are leaning on our significant others to orchestrate this!), but last week I did meet her elder daughter who is kicking up her post-grad heels with two friends before settling to working for a living.

On their way to the tropical playground that is (sort of!) my backyard, the girls stopped here for a night.

Long of fang that I am, I felt so envious of their trip, highly-flavoured with tsunami alerts (Fiji), missed flights (New Zealand), deliciously dangerous sky dives and rapid-rafting (yes, NZ again), all laced with, possibly, more alcohol than I could cope with. Maybe not!

It’s not that I didn’t get up to some pretty daft shenanigans when I was younger (c’mon! we all think we’re bomb-proof at 20!). But these days, there seem so many more opportunities.

The actual travelling bit, for instance. Back in “ye olden days” we bussed, sailed 6 bunk, lower deck on liners, bummed lifts with kids who had cars or hitch-hiked.

But Kirsty,Jess and Lucie have hired  a ratty old VW campervan.

And up to the “pub with the million-dollar-view”

Note to  Ziggi: I did tell them it was quite a long drop onto some nasty rocks…

After a light lunch, I waved them goodbye as they headed for Airlie Beach, that Whitsunday youth magnet. I hope I meet them again some day.

Oh, yes! They were tickled pink to be asked for ID at my local liquor outlet. Why was I not asked to prove I am over 18?

There may be another “break in transmission” as I get back into the print studio. But I’ll be around to read what all you others are up to!

Must be something in the air, but I’ve had occasion to reflect on old times, old friends, dead friends.

I read in a press release from a London hospital that a woman named Lucy Vodden had died recently. If you’re very young the name may mean nothing to you. But oh boy! her death has re-ignited the old debate on a Beatles song. I really didn’t care, back then, if it was “code” for the most popular drug of the day and I certainly don’t give a damn now. 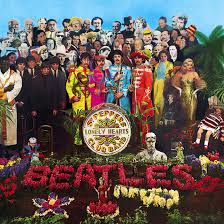 Then, quite by chance, I heard the song yesterday. Made me smile.

Perhaps there was something crackling in the ether…I had an email from an old friend who’d dropped off my radar. Lovely to be back in touch.

I used to keep a diary. Well, more of a things-I-did and things-to-do scribble, really. Phone numbers, addresses, that sort of thing. And, this being a time when I and most of my friends were “on the road” a lot, the diary had a lot of crossings out. I didn’t see any need to hang on to that sort of rubbish and usually didn’t keep it much more than a year.

So I was surprised to find a notebook tucked away inside a box. Ye gods! People I’d not thought of in decades! Some, of course, whose memories stay close to the surface. Like Vincent Price. 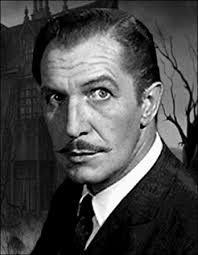 We swapped recipes and truly horrible puns. He was a very  enthusiastic (and good) cook.

So was someone else, whose real name I never did know.

Stranded one night when a blizzard closed the rail line, I found myself, with half a dozen others, in a really grotty little cafe. Well, a sandwich bar, really. The man who slapped butter and ham onto bread for  daily commuters was about to close, but grudgingly let us in. Shivering and looking like snowmen, we huddled around the counter, sniffing. And …something wonderful was teasing our frozen noses. Sniff, sniff…

And then these two wonderful people reappeared, bearing a big pot of Paprikash and enough bowls  and spoons for us all. God! That was a meal to remember. The man spoke little English, but his wife (?) managed to convey that they’d left a thriving cafe in a small town in Hungary in ’56. Lost all their possessions, some of their family and almost died before stumbling across the Austrian border.

I think of them often when I hear people who have never known such hardship say “we can’t take any more refugees.”

Oh, you’re salivating for  a taste, yes? You could probably find any number of receipts  on the web, but I’ll give you a link to a blogger who, only hours ago, posted her recipe.

Now, I must go and put on my thinking cap and decide how best to celebrate 3 years of blogging. Hmmm…it’s a tricky one. Got any ideas?