This is the photo of an emerging flower I cropped …

…and this is the flower fully open.

Elephant’s Child was so close with her guess! And I know Carol is going to do an acrobatic trick and kick herself in the pants!

These photos were taken in my friend’s garden in Spain.

The Man has been out of town for a week. He asked me to put the covers on the Mustang last Sunday when it had cooled down from its drive home from the Marina. “Yes, dear.” He didn’t actually say I was not to drive it….

I think someone must have been feeding a butcherbird as one came and sat on the deck rail when we were having lunch and made it quite clear he expected  a hand-out! I don’t want to encourage him as the cats’ ancient instincts would kick-in  in a second.And I don’t like feeding wildlife, as I’ve said before.* When Sporran came out to ask for her own hand-out, the bird skraarked and flew to a tree. They eye-balled each other from a safe distance for a while then the cat wandered off to have a snooze and the bird, with no free meal forthcoming, also left. But it was lovely to see and hear him.(Or maybe her; they look the same.)

The Man often brings me gifts  when he returns from his work trips. Yesterday, it was a dead butterfly. Be honest now, guys, how many of you would give your ladylove  such a precious gift? I identified it  from a web picture this morning.It is, or was, a Tailed Emperor,Polyura sempronius.

Well…this is a pathetic little offering, isn’t it? It’s actually taken several hours to write this, ducking in and writing a few lines, ducking out again to deal with other things, in and out like a fiddler’s elbow.

Perhaps I should leave you with a tasty morsel…some of you will have seen this, but it might be new to others. Guess what Dinah wants to try next!

*Edited to add a few facts. Feeding wild critters. I know it’s a buzz to have a bird sit on your hand and accept food or to feed cute animals like possums or kangaroos, or have deer so tame the fawns will graze on your lawn. But we shouldn’t do it.

It encourages (in some cases) dependency, fearlessness and often illness from being fed inappropriate foods. And it can lead to spread of disease. Case in point? People  here often feed honey to birds. It is not a natural food for them and can lead to a range of problems.And putting out honey attracts honey bees.If the honey is infected with a bee larval disease this is then transported back to the hive, where it wipes out larval-stage bees. Harmless to adult bees and animals, including human, it’s devastating to apiarists.

But my greatest irritation is the taming of wild creatures. This is not domestication, which takes place over generations of selective breeding, it’s just plain damn’ silly. The animals become bold enough to stick around for their hand-outs and you don’t need to be a rocket scientist to see how quickly bigger animals come for their “hand-outs” of easy meat.

By all means, put out fresh water for birds, but make sure the dish is cleaned regularly and please, don’t put it where predators can have easy access.

Plant  the sort of garden that includes natural food species, provide clean water (hook your garden hose into a tree, pour yourself a cool beverage and sit back and enjoy the variety of entertainment.) An occasional scattering of appropriate seed or a chopped-up apple core or melon rind wont hurt. But remember the key word should be occasional.

These suckers come around quicker than ever. Or so it seems.

If you’ve been following me for a while you wont be expecting a list of things I promise to do. You know the sort of twaddle…I will lose weight. I will write a really clever, witty blog post every day.      Almost had you there! 🙂

No, 2012 will slide in like most of the the other recent years. Possibly with fireworks down at the beach (weather permitting), maybe  a wing-ding up the road. But the days when I partied all night are far behind me.

Over the years, I’ve welcomed January 1 in places as diverse as a kindergarten creche with a 10′ high plywood cut-out of this fellow*

and an old folks’ home. 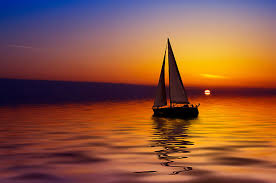 In a shearing shed. Beside oceans, rivers, lakes and even hot mud pools.

But I no longer feel compelled to join the masses. Besides, I have an early start tomorrow and our pony needs shoes 😉

But don’t let me stop you!

I’ll be back next week…

I found these pics on the web because I think Noddy’s Nursery disappeared years ago and the boat I sailed in had a rather nasty argument with a rock. 😦

I have spent rather more time than I can spare on this time-gobbler lately! I needed to do some research and the computer screen was closer then the Town library (and, knowing the way Murphy’s Law works, the library probably would not have had what I needed! 🙂

But it did set me thinking: how much internet time is too much? Like television, it sucks us in sometimes.

“Dinner’s on the table!”

“Yours is on the stove!”

And for some (I suspect, a great many), social sites like Facebook and MYspace and even blogging provide a contact that may be lacking in lives. Sad, but probably all too true.

So…when does a healthy interest in a hobby become an insidious consumer?

I could probably stretch this to essay length, but I have letters to answer, lino to carve, all sorts of pressing issues. And I must just read my favourite blogs first…