…with a side of New York snow.

Anthony is giving my Main Man some cause for concern..The Met Office boffins have issued this

While over on the Dark Side, folks are hunkering down for Bianca.(Good luck, Archie!)

What can I say? Oh! C’mon, people! I don’t get much practice at this in the Tropic of Capricorn! Maybe I should go back to the Met. and have a really good look at the Degas…

I’m rather enjoying the snow. Well, some aspects of it. There is a certain beautifying quality, a rendering of all things to the same level.

Of course, when “that level” is upwards of three feet deep and between you and your pay cheque…yes, I can see that the gloss would be minimal.

Still, some of us know how to have fun…

…a variation on the fairground coconut shies. “Aim for the baby buggy, Willie!” This is what my street was like the day before the latest snowstorm!

Yes, I can see that the gloss may tarnish!

I’m drawn to oddities. Particularly  gaffs in advertising and journalism. There’s a company here (maybe it’s a national enterprise) that sells and delivers cleaning products. They have banner-ads on subway trains. One caught my imagination: floor wax to brazilian wax… we have it.

Surely, not the same product?

Look  for their ads…

And don’t slip on that wax!

Yes, I class myself in the category of “vertically challenged.” And I’m a nervous nellie when it comes to heights so changing  a simple light bulb is a major chore. But at least I’m not dragged, at the end of a leash ( albeit a very swish, diamante-collared leash) through snow banks.

The pooch was wearing doggie boots. The uncaring “rich bitch” at the other end of the leash was dragging the poor little bugger.

Wait! Perhaps I’m being unfair…maybe the dog was not being dragged by a rich bitch. Maybe, but this was Fifth Avenue…

Another fall of snow the other night. This time New York was prepared, they said.And published pictures of great fleets of snow-clearing machines. But the karma or witchery of Yours Truly prevented a repeat of the Christmas blizzard. See? I can do other things, even if  light bulbs are beyond me!

The first gentle flakes, soft as down…

Some of the streets are still icy, where snow has frozen, making for novel skating manouevres from several pedestrians. I am stepping carefully.

The other day I saw a lady with a muff. Oh! Stop it! This is what I mean…

Please see the link posted by Ryan in comments. And thankyou, Ryan, for this.

No, not New York weather.

Jumping back to Australia…I’ve just had an email from The Man who tells me the army flew a Hercules into our town yesterday, with supplies. 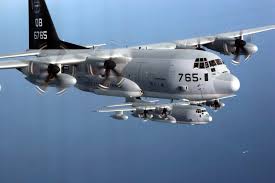 That’s a mighty big plane ! And the city of Rockhampton, some 300kms south, is cut off, north and south. Many others have been evacuated, some will be as flood waters surge through.

It’s happened before and will happen again. But that casual, shrugged-off statement does not make it any easier for the folks who have to go through it.

So, thanks, guys, for all your concern about me in the NY snow. But, really, it’s the poor, soggy ones over there who need the kind words.

The last of the snow outside my terrace door froze last night, leaving a couple of big, sold lumps. But I found the parsley! YAY!

Coming home the other day I saw this on my street. Not quite sure what it was going to do, since the road was clear and it was a tad too big for the sidewalk.

But what an effective toy!

Some of you have asked where I’m staying. Just off Atlantic Avenue, in Cobble Hill.

Oh, yes. Dinah goes weak at the knees for Ol’ Blue Eyes. So she was happy to hear his recording of “New York” playing softly over the aircraft sound system the other night when we landed. But it was “looped” and after 8 renditions, I lost count…

Short post…I have lots to do! Maybe I’ll see you around…