Anyone else out there who’s fed up with junk mail? We all get it, don’t we? Advertisements for stuff we don’t want, can’t afford and don’t have time for.

Around here, we seem to have three days when the mail boxes are stuffed to the gun’ls. And, usually, I bin these ads for pizza, A-mart sales, K-Mart sales, Target sales, Woolworths specials, liquor store specials, and whateverelse, ad nauseum. Don’t even bother to bring them indoors.

But the other day the junk trash was muddled up with the genuine mail so I put them all on the table. And went off and did something constructive.

The Man sorted the mail that day. “Um…what is this?” he asked , handing me a leaflet and looking a bit puzzled.

Well, wouldn’t you be puzzled?

C’mon, guys! I have two words for you: whisker burns.

In between trying (with limited success, it must be said) to tidy the most overgrown and ratty bits of what we laughingly call a garden…I have found time to scoot around and look at a couple of exhibitions.

First, one at the Botanic Gardens. All prints, this one, and very well displayed. Here’s a slightly less fuzzy picture of mine.

And “Precious Life.” A lino cut by my friend.

Another lino cut by another friend.

Lunch on the deck, overlooking the lagoon, to celebrate a birthday. And then some of us decided to drive up the Valley for a sneak peek at another show.

No point taking 4 cars so we went in mine, after I’d put the seats up and brushed the palm trash off!

Prints, paintings, hand made books, woven items, decorative and practical and some nifty fascinators made by a 12 year old lad. Yes, really.

So, drinks and nibbles, a harpist, lovely art and lots of laughter.

Not a bad way to pass a rainy Sunday. 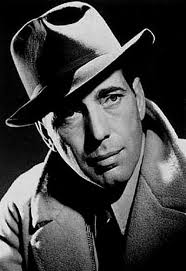 The lights near the centre of the platform were glaringly bright. Too bright.

But towards the end there was enough “lovers shadow.”

“I wish you didn’t have to leave.”

Director: Stop! Your hats are falling off. It spoils the kiss! Once more, from “Goodbye, darling!”

…how many times did we do this? Just as well the leading man and I were good friends!(No, it was not Humphrey Bogart!)

I was reminded of this just the other day, when I watched a couple of teenage kids, both wearing those ski-hat things. A quick snog and he jumped on the bus and she walked along the street. They didn’t have the problem of brim bumps!

A hat pin solved my problem, but  lover boy’s hat kept slipping. Someone suggested a skull cap under the hat, which we could pin  the hat to. But then it was a rigmarole to remove  the skull cap for when he had to doff his hat.

I think, in the end, we just let his hat fall and hoped the audience didn’t think it mattered!

Tell you what…the back-stage chaps were kept busy with the steam machine!

Perhaps this is why (most) men don’t wear hats today? And perhaps the wearing of hats curbed our manners?

Do you wear hats? I seldom do. Here I am, living in the tropics and I rarely don a titfer. Stupid, really. Especially as I was once a very hatty person. Oh, lord, yes! I remember making a frothy concoction of tulle (red, for goodness sake!) and proudly wearing it to Town one day.

“Town” was a 3 hour bus ride away, so the hat sat on my knee all the way. And about 10 minutes after I’d arrived in Town the sky opened.

When I lived in London I always wore warm, woollen hats in winter

and quite often straw hats in summer. 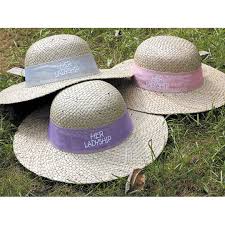 The “Sloane Rangers” were always decked out in Hermes scarves, tied-under-the-chin (emulating the Queen!), but that made me look like Laundry Lil.  If I wore a scarf it was a very big one, folded to a triangle  and tied around my head, gypsy-fashion. A bit like this

Or sometimes one of those hippy-fashion  Indian silk numbers, about 2 metres long, which could be wound into a turban.

Hats weren’t the only fashion item…in the “old days” there were gloves, too. When I was a littlie, my mother always wore gloves for a trip to Town. And stockings, well, it went without saying!

Do I miss the old ways?  In this climate ? Not much! I have closet full of sarongs!

But I think what I really need is a closet full of sou’westers and macs. Ziggi…any spares, pet?

After yesterday’s ballsup ballot in Canberra, I was stomping around, wondering how people could be so self-centred and uncaring of our chunk o’ rock when I received an email from a friend somewhere on the far side of the rock with this link And here’s the URL, in case the link is dodgy.

It made me feel better 🙂

I found something else yesterday that cheered me. On Youtube, yes, my detested  bête noir! Can’t quite remember what I was doing there, but my eye was caught by the word “trout.” So I let my mouse have free rein and it found this for me:

I was among the fortunates at that concert. There was rather a lot of giggling.

Perhaps I have been a little too harsh on Youtube. I wonder what old Franz would think?

In comments yesterday, Hilke said she had trouble seeing my hat. Hmmm…I did a little fiddling with that photo and just did a cut and paste of it so here we go with a “proper” photograph…

I keep my broomstick nearby! 😉

Talk about low-tech shoots! The pink hat is perched atop a stack of CDs!

Want a hat like this? Get a crôchet  hook (medium), a ball of paper string (or kitchen twine) and go for it. Don’t know how to crôchet? I should think a quick Google will remedy that.

I am not superstitious. Wandering through cemeteries never bothered me. I have two black cats. I most emphatically do not believe in ghosts. The only ladders I fear are wobbly ones…but…I’ve had this strange prickling sensation over the past few days. As if someone is standing behind me. Right behind me. Perhaps if I post a more flattering picture of my mother …

Now will you go away, Mod?

Over at the Mancunian Mansion of my blog buddy, Kaz…some people have been reminiscing about former homes. God knows why, in most cases, since some of us lived in some pretty grotty student digs. But, on a whim, I did a little Googling myself. Not letting away too much information, but this should take you to my old stomping ground .Generally called (with much affection) Belsize Village. The horse chestnuts, in summer, were a canopy across Belsize Avenue…

One night, at the cinema up on Pond Street, I saw a charming short French film, which, for a host of sentimental reasons, stays in my mind. Here’s the music…

Did I just post another Youtube ?  Can’t have this becoming a habit! Time for a cold shower, I’d say.